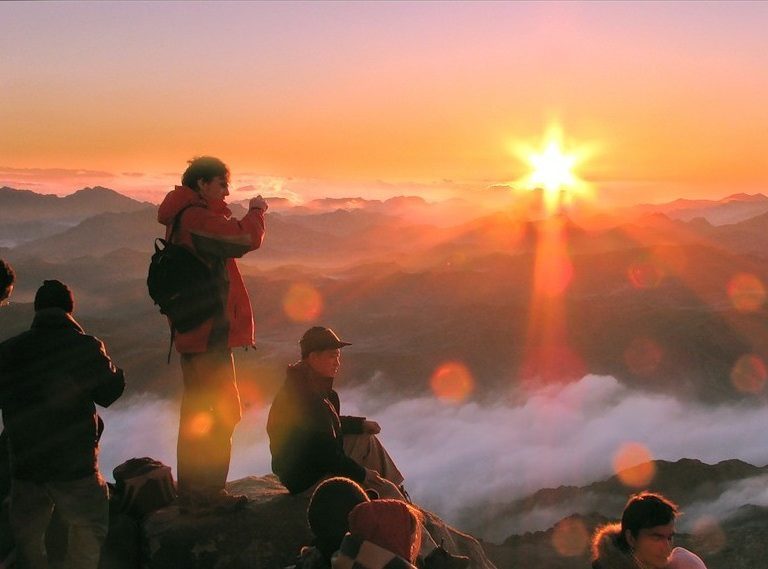 Around 20:00 we’ll pick you up in Sharm El Sheikh, heading into the very centre of the Sinai peninsula.
Then after approximately two and a half hours by bus, we’ll arrive at the mountainous region of the peninsula, where we’ll begin our night ascent of Mount Sinai, climbing the 750 steps which lead to the summit. The effort will be worth it, as we’ll see the sunrise from the peak, in the very same spot where Moses is said to have received the 10 commandments of the Old Testament.
Having climbed back down, we’ll fuel up with the packed breakfasts from the hotel, then visit St. Catherine’s Monastery at the foot of the mountain – the oldest in all Christendom. This UNESCO World Heritage Site from the 4th century is surrounded by walls, but crossing them we’ll visit the Basilica of the Transfiguration, an Orthodox-Christian temple with a stunning artistic heritage.
The monastery has a large collection of codices, old bibles which make it the second most important collection in the world, only surpassed by the Vatican archives. And outside we’ll see the burning bush in which Moses saw an angel, according to the bible.
With the visit to St. Catherine’s Monastery over, we’ll begin the return journey to Sharm El Sheikh, arriving back there at around 2 pm.

Important Information:
Climbing Mount Sinai means climbing 750 stairs. We recommend that you bring water, as well as wearing comfortable shoes and clothing.
Please ask your hotel to make you a packed breakfast, as this is not included in the price of the excursion.

What’s Not Included
Food and Drink.