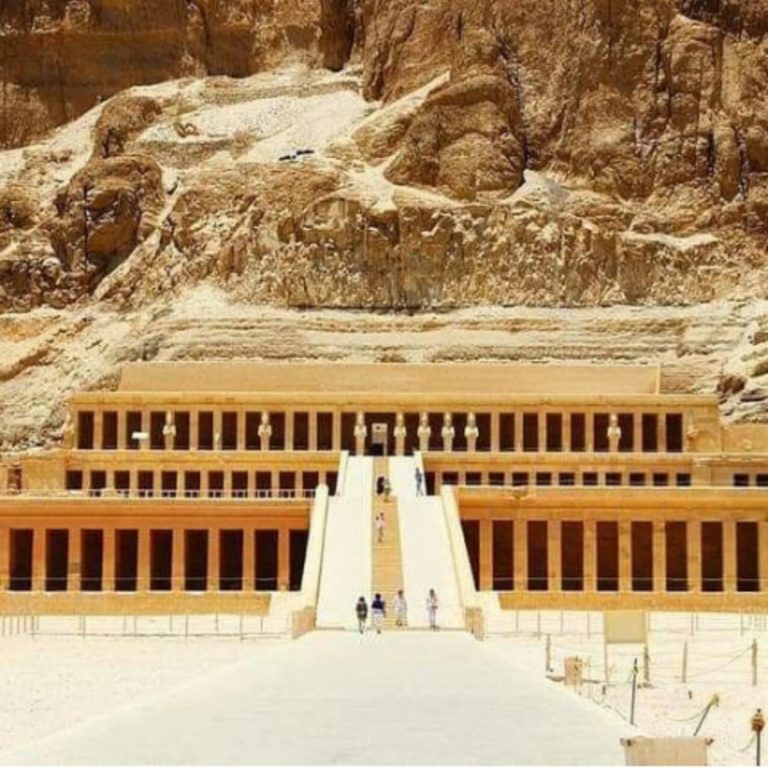 Travel back to Ancient Egypt on a full-day bus tour to Luxor from Hurghada, and marvel at the temple ruins of Egyptian pharaohs. Transfer by air-conditioned bus early in the morning for the 4-hour drive to Luxor (ancient Thebes). Enjoy views of the Nile in Upper Egypt, and pass typical towns and villages to experience the real Egypt en route.

Upon arrival in Luxor an Egyptologist guide will take you on a tour of the miraculous ruins, explaining their significance in ancient times. First, make a brief stop at the 3,400-year-old Colossi of Memnon, and marvel at the giant statues of Pharaoh Amenhotep III.

Continue to the Valley of the queens to learn about the burial customs of the Ancient Egyptians during the pharaonic period. Descend into the tombs of rulers to see well preserved paintings and hieroglyphics. Then, go to the temple built for Queen Hatshepsut, one of Ancient Egypt’s most fascinating characters. Your guide will tell you more about this female pharaoh and the temple built for her as you look at the portico, terraces of columns, statues and reliefs.

Enjoy lunch in a local restaurant, before exploring the Temple of Karnak, one of the most spectacular temples of the ancient world. Admire the centuries-old hieroglyphs and paintings, as well as numerous churches and temples as you learn the legend of the sacred scarab.

Transfer back through the Nile Valley of Upper Egypt for a late drop off back in Hurghada and the end of tour services.